Home >  First Valorium Angel Solarie is Coming with Sunshine
First Valorium Angel Solarie is Coming with Sunshine
There are some serious matters that have to address. The Sun hasn’t been the same. Solarie ended up far, far away from our island and ran into someone who suggested her ask the angels for help, since they are able to see all over the world. They suggested her join them and, that’s basically what happened! It’s been great fun assisting these heroes, they’re really strong and they can learn a lot from each other. Our world is in good hands. Solarie, as the sister of Zorya, a new angel arose in the land of League of Anges. 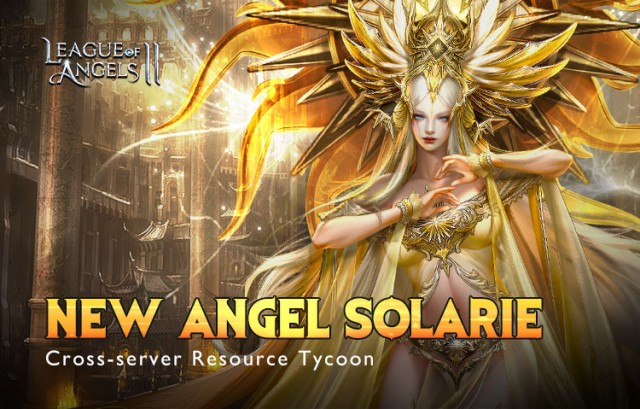 Solarie 's unique skill " Sunshine " can Increase the ATK and DEF of the entire squad by 40% for 3 rounds; increase Crit of the entire squad by 30% for 1 round; increase the Crit DMG of the ally with the highest ATK by 30% for 1 round. As currently players can deploy five angels at most, this new artifact angel will greatly boost the squad strength! Please note that Angelic Scroll – the special scroll is required to unlock extra Angel slots 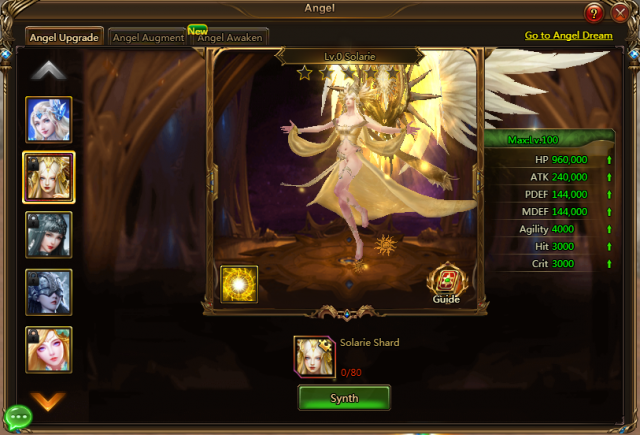 From MAY. 15TH to MAY. 20TH, Angel Solarie will be available in Cross-Server Resource Tycoon. Collect various resources and rank higher in the tycoon rankings, you'll have the chance to get this new Angel and many other resources. Hurry up to take Solarie to your squad! Play League of Angels II now and enjoy the simple joy!