League of Angels II introduces a special mount which is called Ancient Ape. Ancient Ape will show up in upcoming Angels Fortune from May. 23rd to May. 25th. Let's learn more about what he can do.

He will show much more strengthen when his skills upgrade to the Max levels, which will help you greatly in battles. 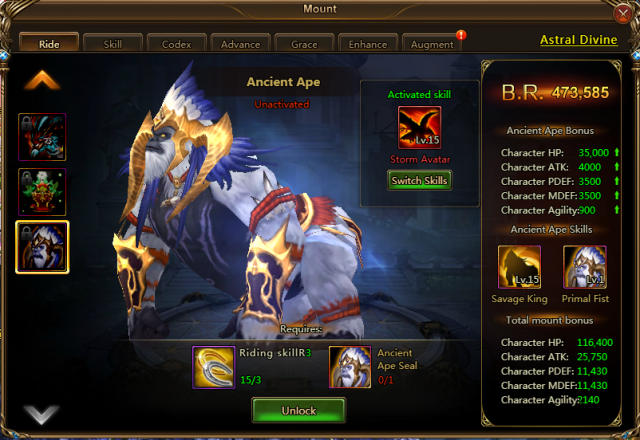 ①. Increase ATK, DEF, and END of the entire squad by 34% for 5 rounds (cannot be dispelled).

②.  At the start of each round, reduce the ATK and Crit of the enemy with the highest ATK by 15% for 2 rounds (can stack 2 times).

③. When attacked, there is a 50% chance to reduce the attacker's Rage by 120 (ignores Lv.1 immunity to rage stealing or reduction effects).

Participate in the upcoming Angel's Fortune event from May. 23rd to May. 25th and you'll get the chance to ride powerful new mount Ancient Ape! Stay tuned for more great content coming to League of Angels II.